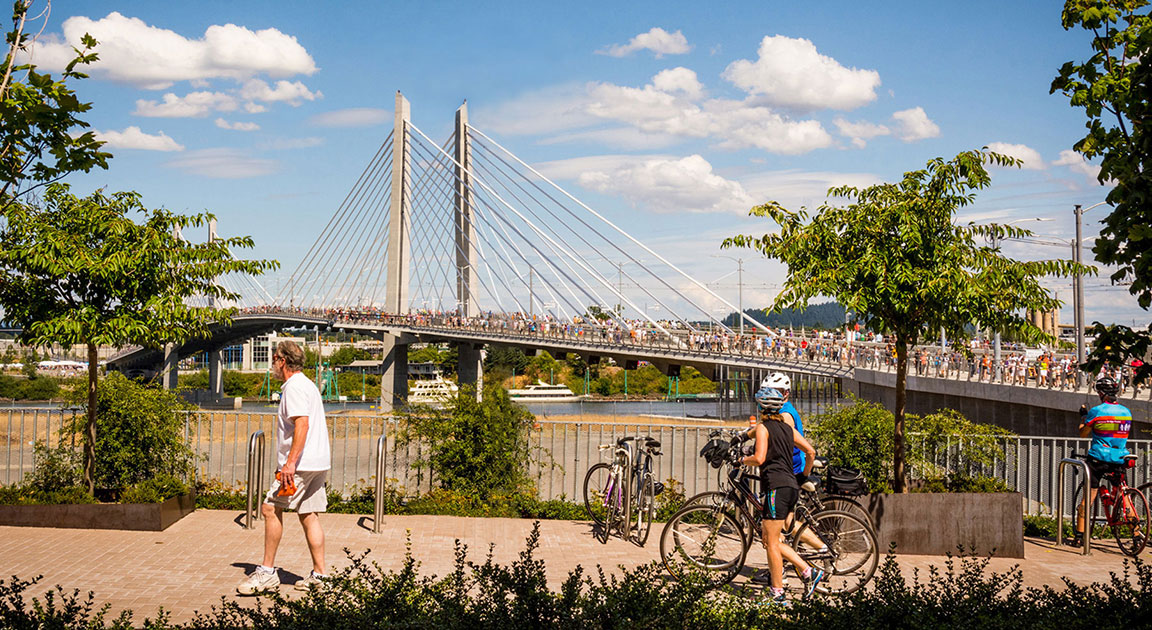 Tilikum Crossing, known locally as the Bridge of the People, is a cable-stayed bridge across the Willamette River in Portland, Oregon. The bridge is the largest non-vehicular bridge in North America, conveying cyclists and pedestrians together with transit, but with no private automobiles. Donald MacDonald Architects translated the local community preferences for the pedestrian and bicycle pathways on both sides of the bridge to serve as a place-making model of urban revitalization and an agent for advancing world-class urban transformation. Two center transit lanes are provided for light rail, buses, and streetcar use, along with two 14-foot wide bicycle and pedestrian paths located on the edges of the bridge, outside of the cable stays for improved visibility. The bridge was completed in early 2015, on time and under budget.

Learn more about the design of this project in Donald MacDonald’s book, here. 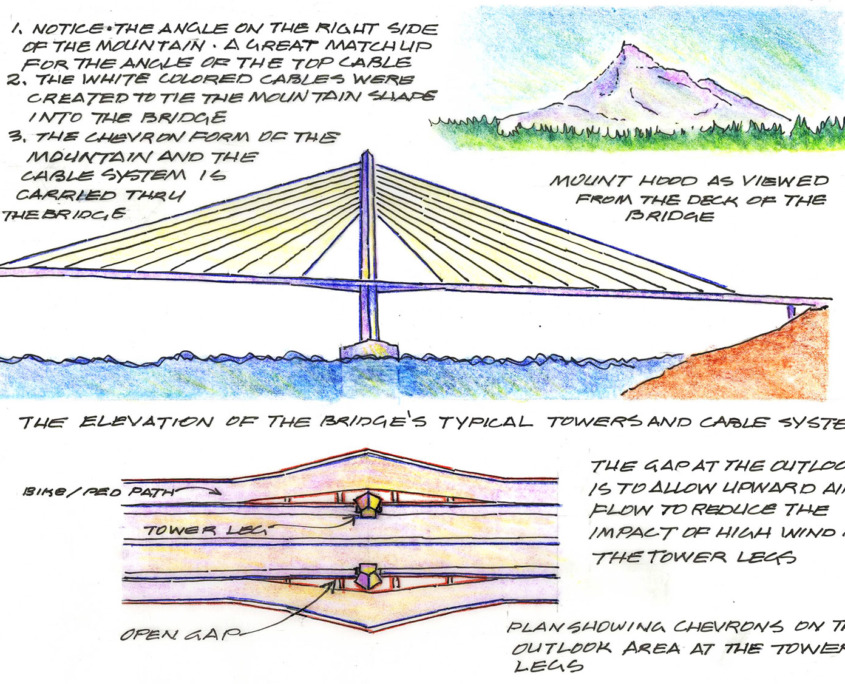 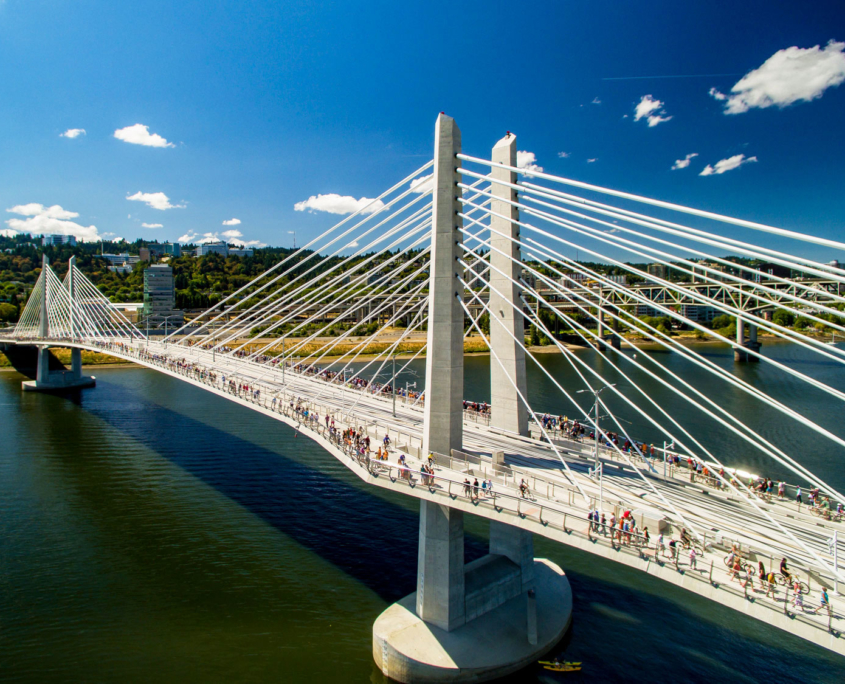 DMD led the aesthetic design efforts on the specific shape and detailing of the towers, including the twin pylons cross-sectional shape, their tapering in elevation, their surface treatments, and the specific pile cap shape at their base. Additional aesthetic details, such as the deck profile and cable anchorages, were also explored throughout the design process. 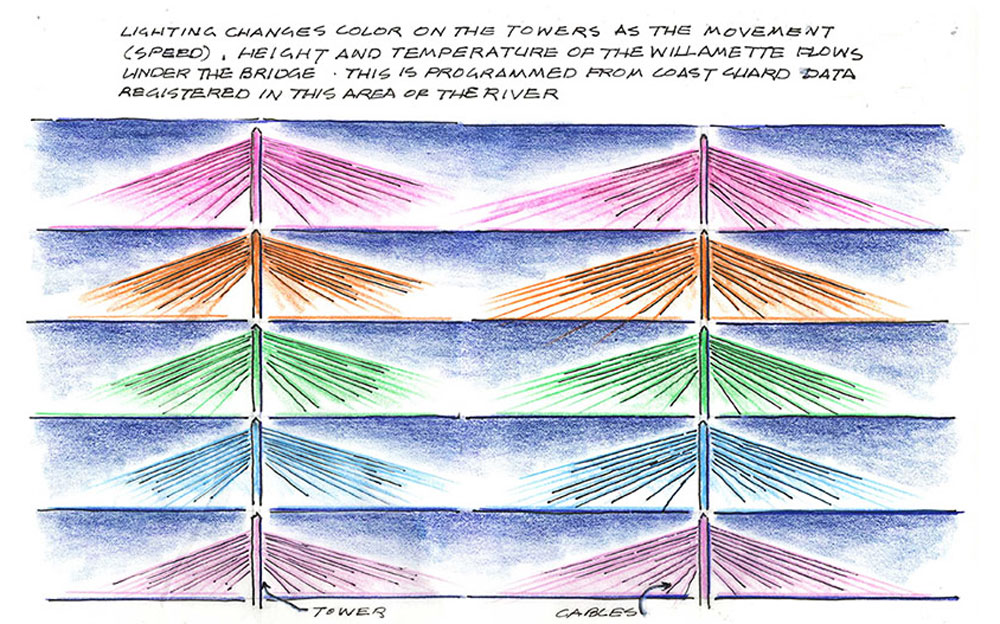 Throughout the entire project, DMD has worked closely with TriMet’s public relations and community outreach departments to harness the feedback and passion of the various Portland advocacy groups to ensure that the project would not be derailed by local politics. Donald MacDonald Architects active role in public relations allowed the public to understand the aesthetics of the bridge and its relation to the other Portland bridges. Participation in over fifteen public hearings, design charettes, meetings with local interest groups, including the Portland AIA, and attendance at multiple design workshops have been crucial elements of the design phase of this bridge. 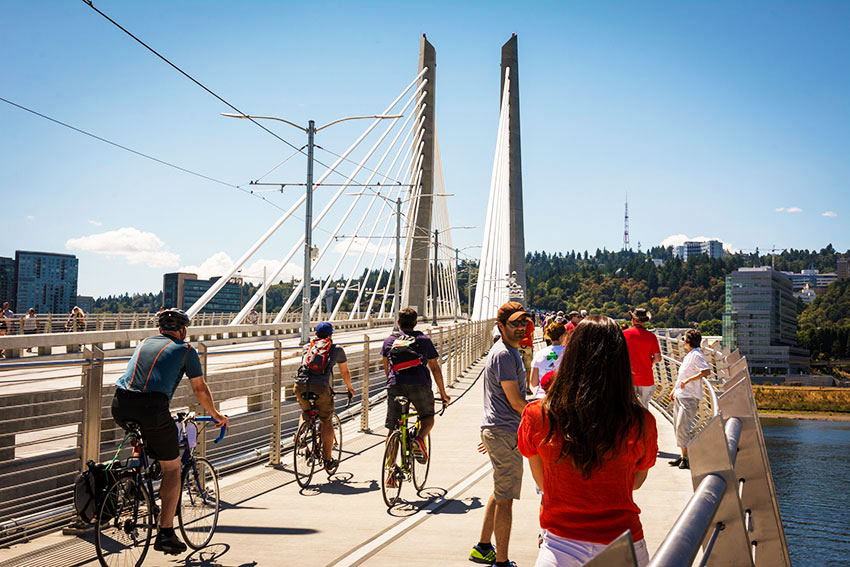