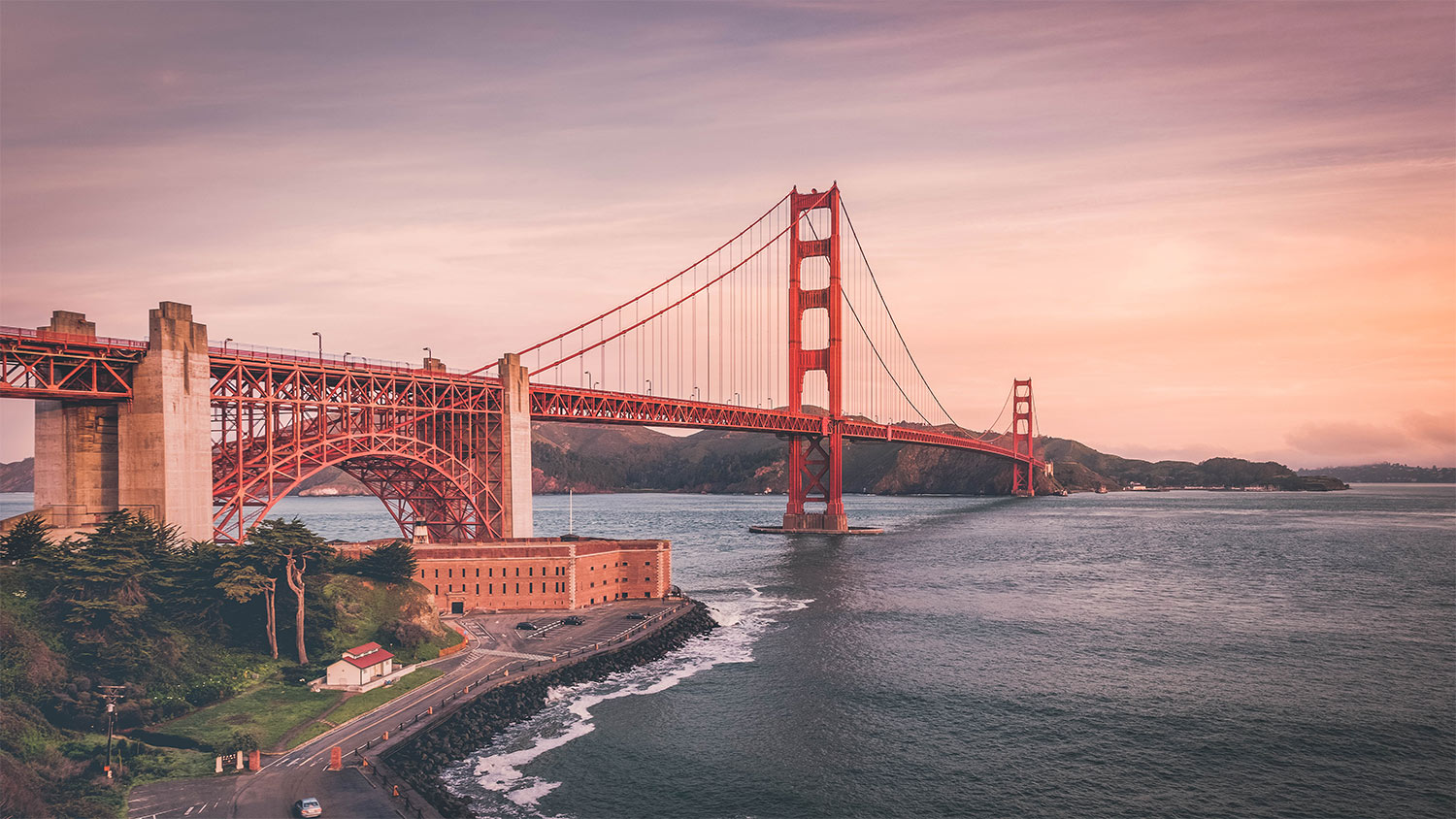 Donald MacDonald Architects led the design of the Suicide Deterrent System for the Golden Gate Bridge. Each year there are hundreds of suicide attempts that are averted through interventions, yet on average, 30 people or more still commit suicide here, one of the highest rates in the world. This ultimately required a physical deterrent system to be employed.

The design and approval of the Suicide Deterrent system was the result of the collaboration between the families who have lost loved ones, the staff of the Bridge District, and state legislators who created a funding path for the project. The design was informed through an extensive public participation process which solicited input from the community and preservationists deeply concerned about impacting the bridge’s aesthetics and majestic views. Stakeholder outreach including California Department of Transportation (Caltrans), California State Historic Preservation Officer (SHPO), Federal Advisory Council on Historic Preservation (ACHP), and other parties including the Foundation for San Francisco’s Architectural Heritage.

Learn more about the design of this project in Donald MacDonald’s book, here. 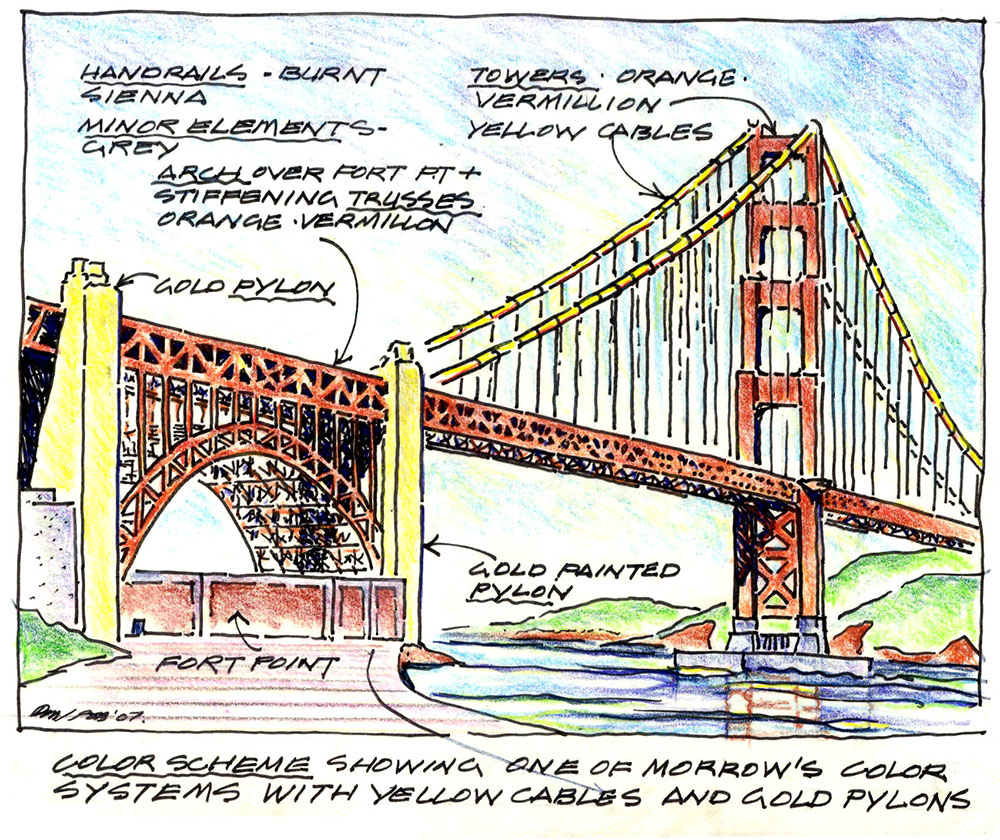 Visual simulations and aesthetic analysis were conducted for each of the feasible alternatives. The design also had to satisfy Section 106 of the National Historic Preservation Act and applicable state requirements regarding projects that impact historic resources. Donald MacDonald Architects also conducted detailed research and analysis of precedent projects installed in locations around the world. This included research and interviews from mental health experts that specialize in suicide prevention. 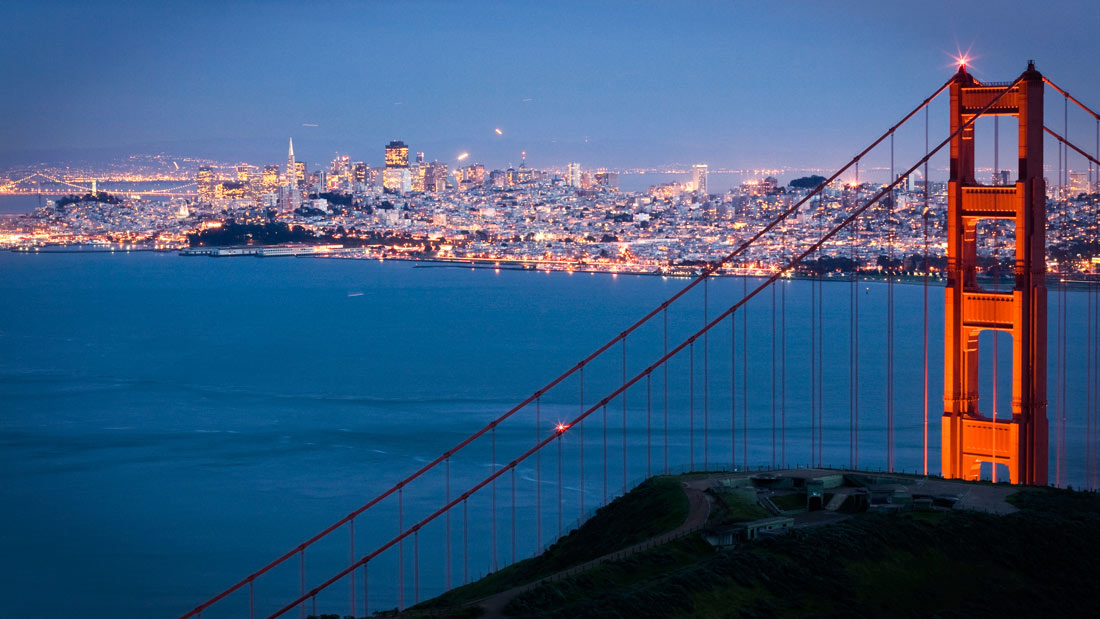 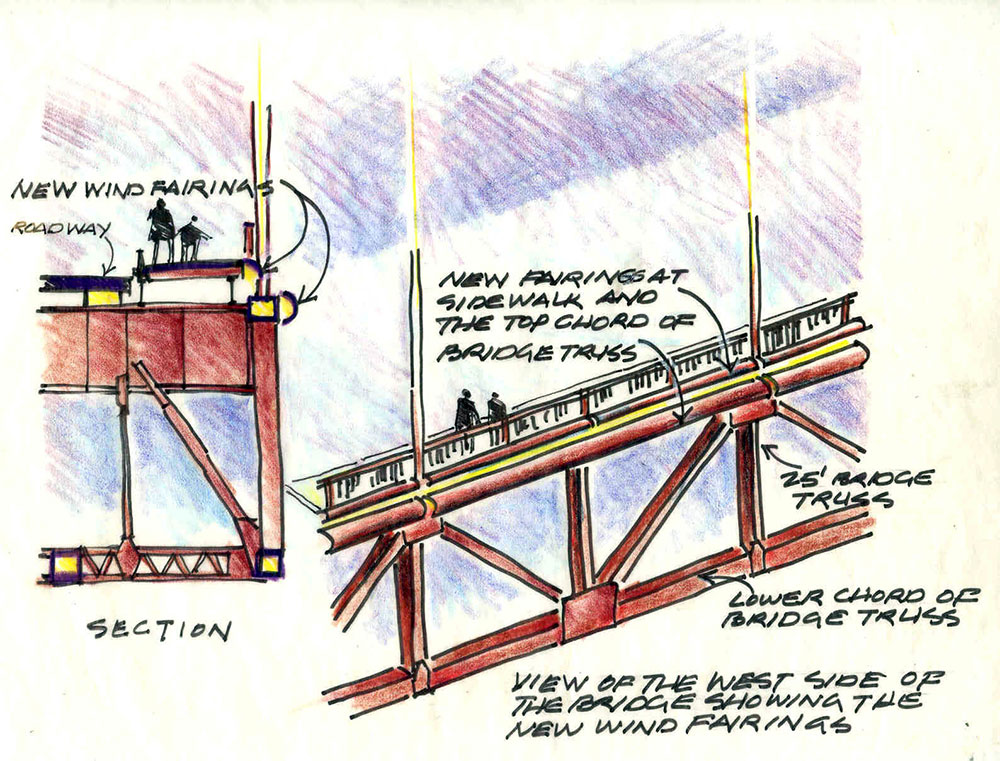 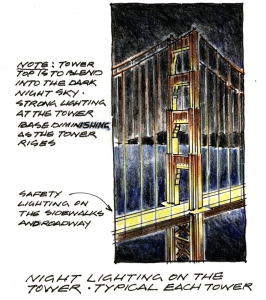 Ultimately, a new vertical railing incorporating an improved wind fairing integrated with the existing bridge railing along with a new capture net extending below the bridge deck was selected as the best solution for the Golden Gate Bridge. Although the project is unique due to its scale and location, the chosen solution has been proven to be an exceptionally effective deterrent to suicide. The system was designed to minimize impacts to Bridge views and appearance, allow open, scenic vistas to remain intact, with minimal impacts to the architecture of the structure. The system was also designed to minimize interference with the daily operations and maintenance of the bridge structure. Construction began in 2018 and is expected to be completed in 2021.