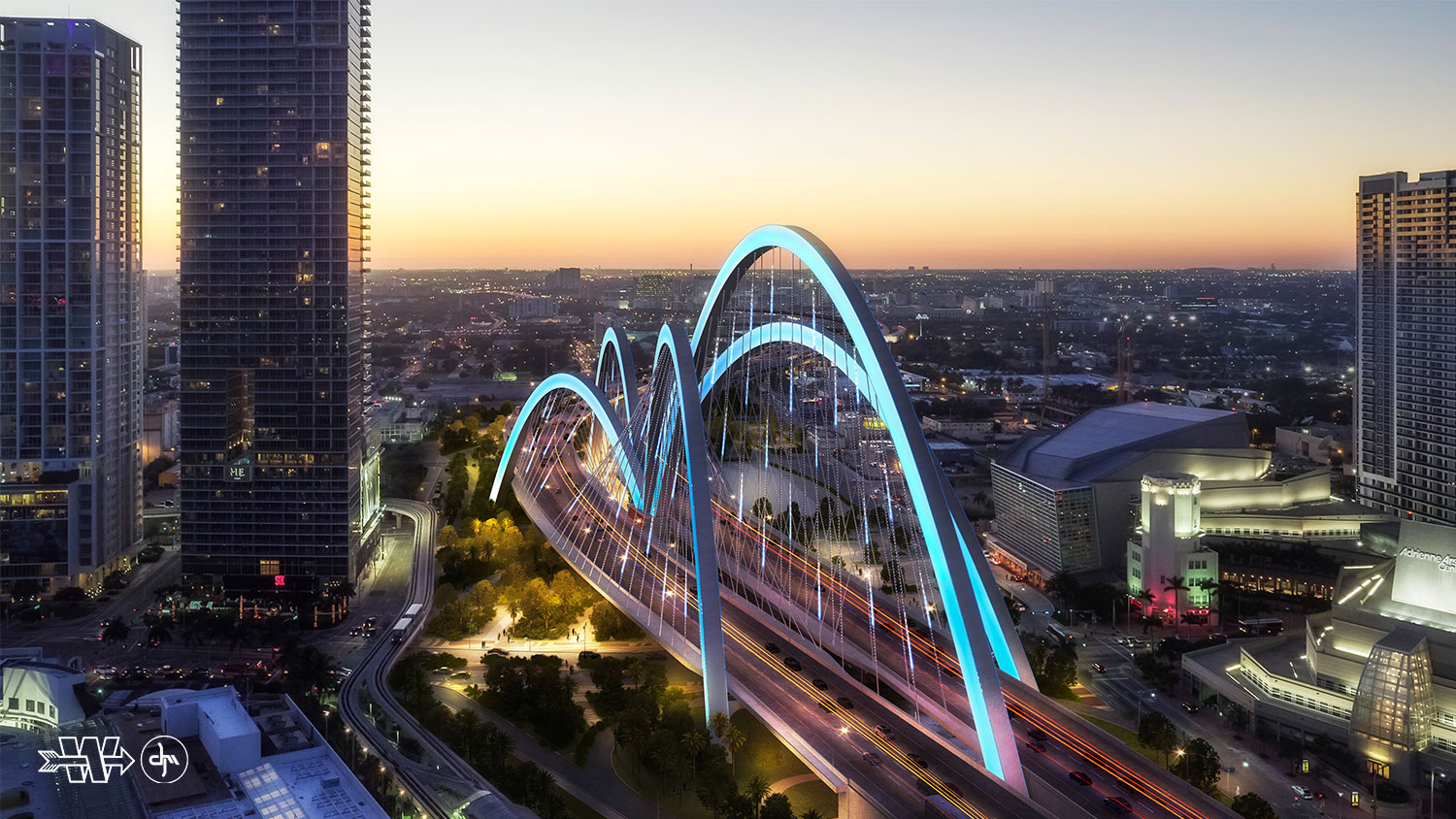 Donald Macdonald Architects was Bridge Architect for the winning design-build team led by Archer-Western-de Moya Group. The bridge is part of a larger 800 million dollar redesign that replaces a 1960’s era freeway cutting through the Overtown neighborhood of downtown Miami. The project’s anticipated completion is 2024. The tallest arch is 330 feet and the suspended spans are 936 feet long.

The vision for this six-arched bridge capitalizes on Miami’s role as a cultural center for the America’s. The conceptual fountain with its arching forms is symbolic of the area’s culture as people from across the Americas come together as one. 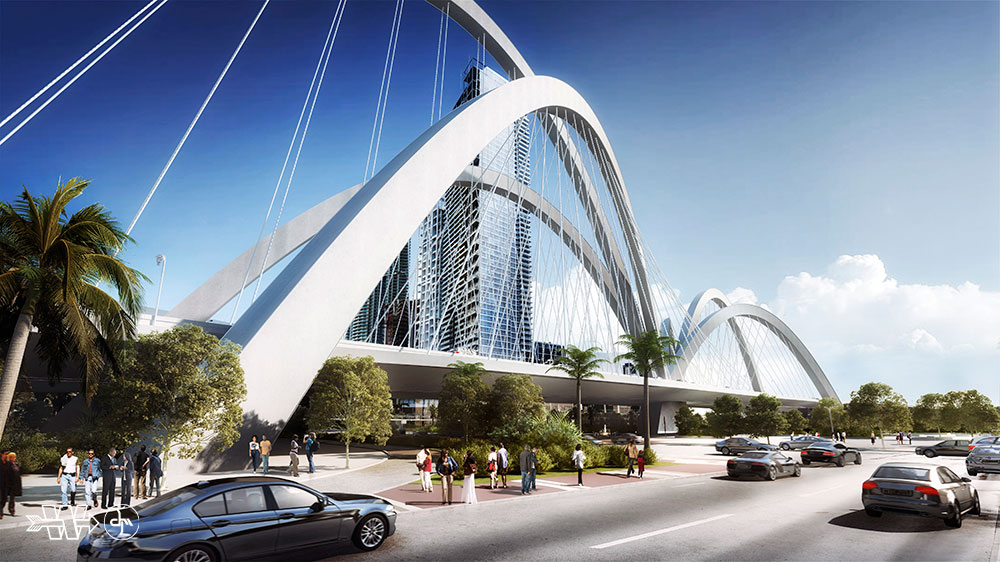 In 1930, Pan American Airways headquartered at the current City Hall opened the promise of the Miami waterfront to the Americas. A set of columns depict the curved travel paths. The bridge form further suggests the City’s relationship to water that began thousands of years ago with the Tequesta Indians and continues today with visitors that make Miami their warm-weather destination.

The placement of the arches and their confluence at the center of the roadway makes the bridge a focal point that looks different from every angle creating a visual destination from cruise ships arriving in Miami and docked at Port Miami, airplanes arcing to the world overhead, bicyclists and pedestrians traveling under the Viaduct, and vehicular traffic on the north/south and east/west axis of the bridge decks.

The Fountain Bridge also has a 55 acre stretch of land under and around the new I-395 would be the largest urban park in the city. Underneath the bridge, Heritage Walk memorializes Miami’s history including the original Tequesta Indian inhabitants, Julia Tuttle and Henry Flagler, the original African American settlers to Overtown, the Cuban immigration, and Miami’s status as a global city with limitless potential through culture, art, and bold imagery. The clearance over the boulevard averages out to 27 feet. Programmable LEDs change colors and can be set into patterns of motion. 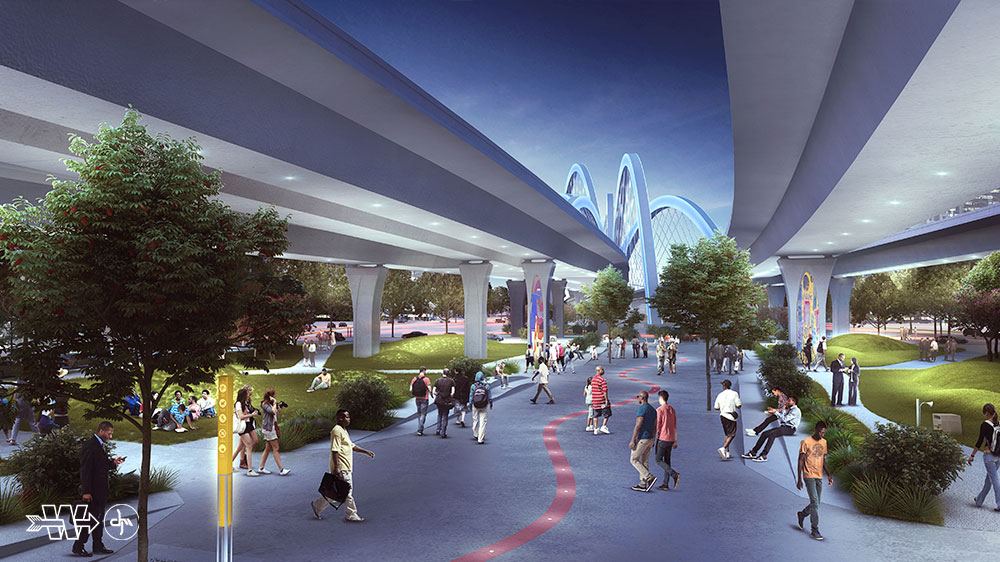