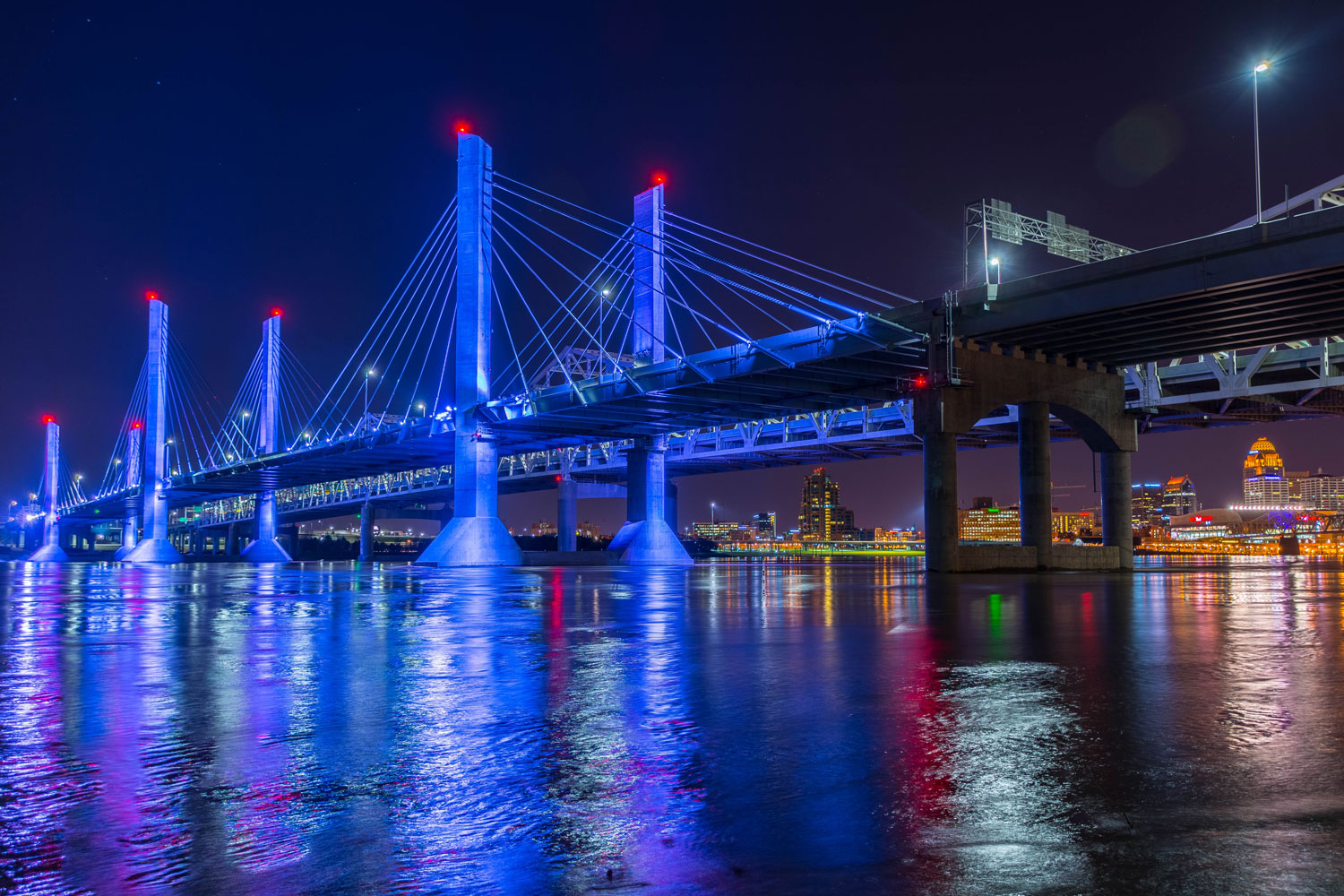 In collaboration with the design-build team that included IBT Systra, Donald MacDonald Architects provided architectural services for the Downtown Crossing between Louisville, Kentucky, and Jeffersonville, Indiana. The project included a new cable-stayed bridge, a repaired and reconfigured existing steel-truss bridge, and extensively reconstructed interchange bridges in downtown Louisville, Kentucky, and Jeffersonville, Indiana, connecting three interstate highways with the new and reconfigured Ohio River bridges. Design and construction were completed in 2015.

Donald MacDonald Architects worked with the consultant team to integrate the bridge into the adjacent urban areas on both sides of the bridge, including a Hargreaves Jones design urban park. This complex addition to the urban transportation system for Louisville is an excellent example of the longevity of bridge design/durability with a 100-year life span. 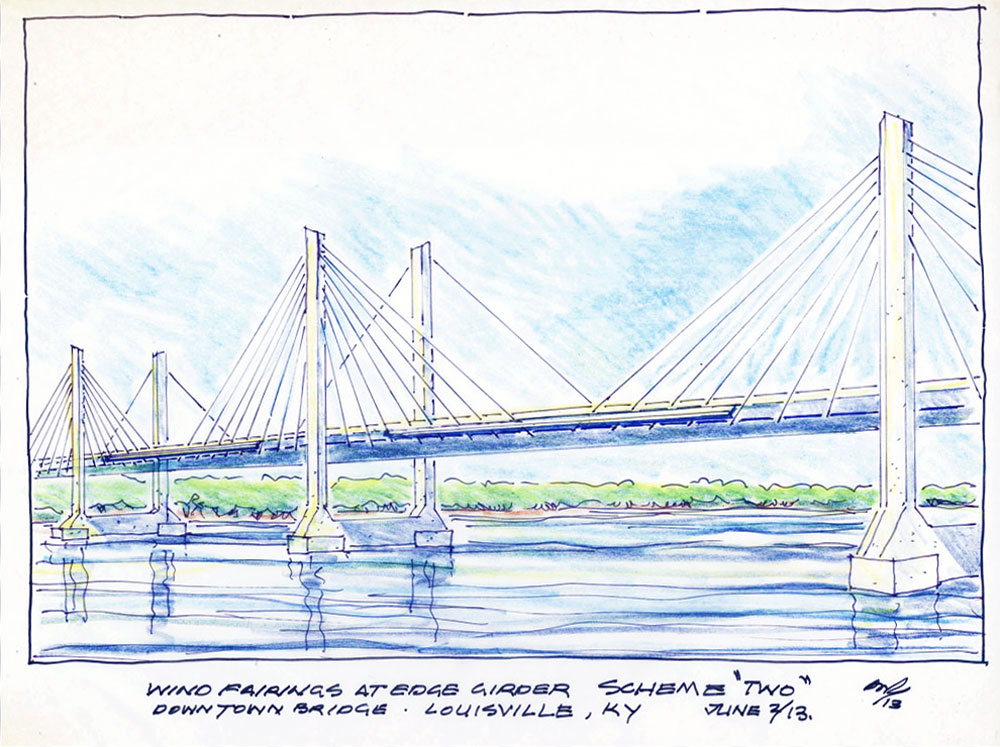 The Downtown Crossing is designed to be the main transportation conduit for the greater Louisville metropolitan area to cross the Ohio River. The new 2,100-foot long cable-stayed bridge itself is made up of three sets of twin tower pylons creating two 750-foot main spans, which will carry six northbound traffic lanes. It is designed to work in concert with the repaired, existing steel–truss bridge directly adjacent to it, which carries six southbound traffic lanes. Extensive design coordination between the two bridges and their numerous approach piers was conducted due to the heavy river traffic in this area. 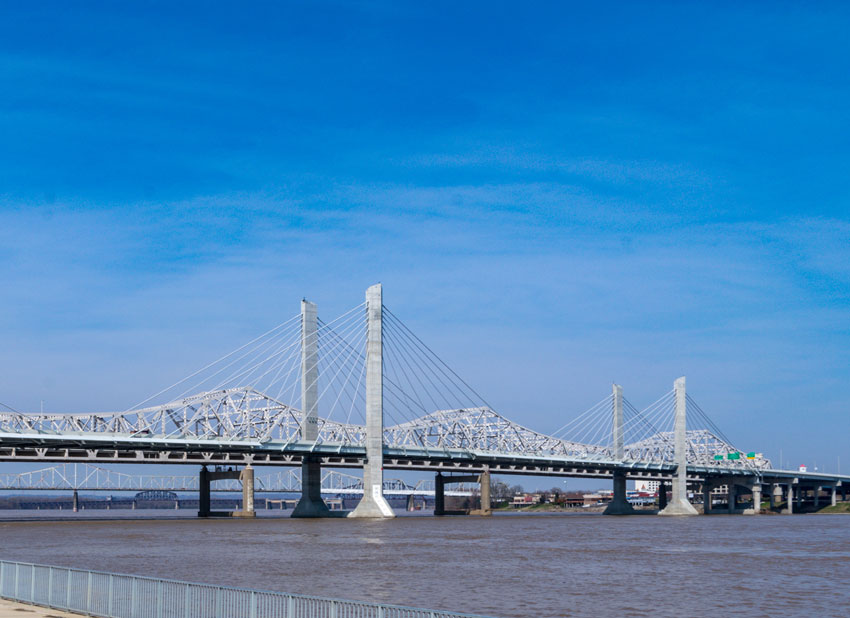 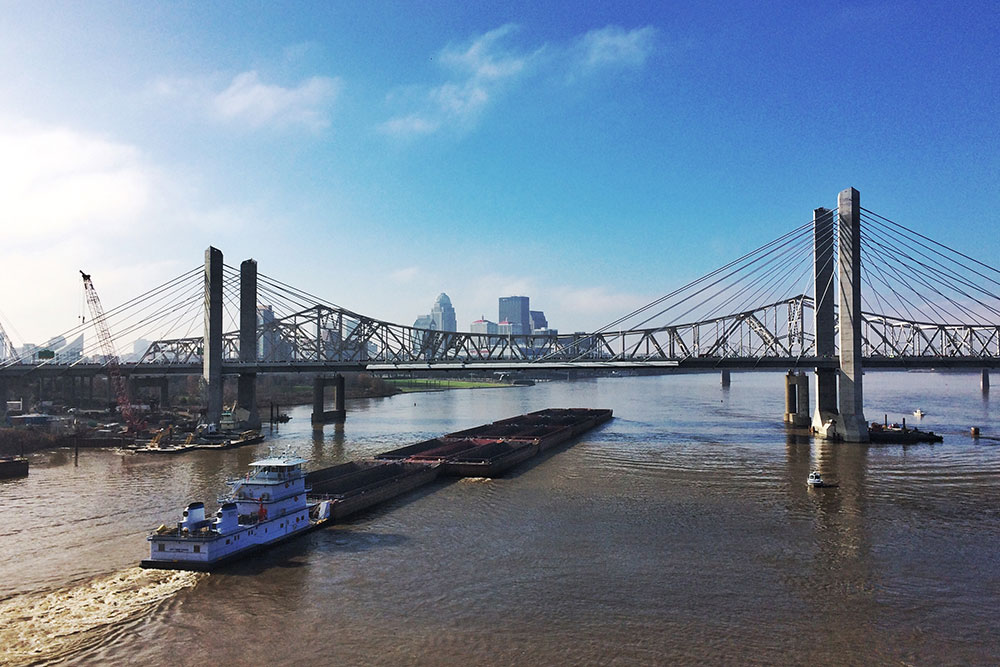 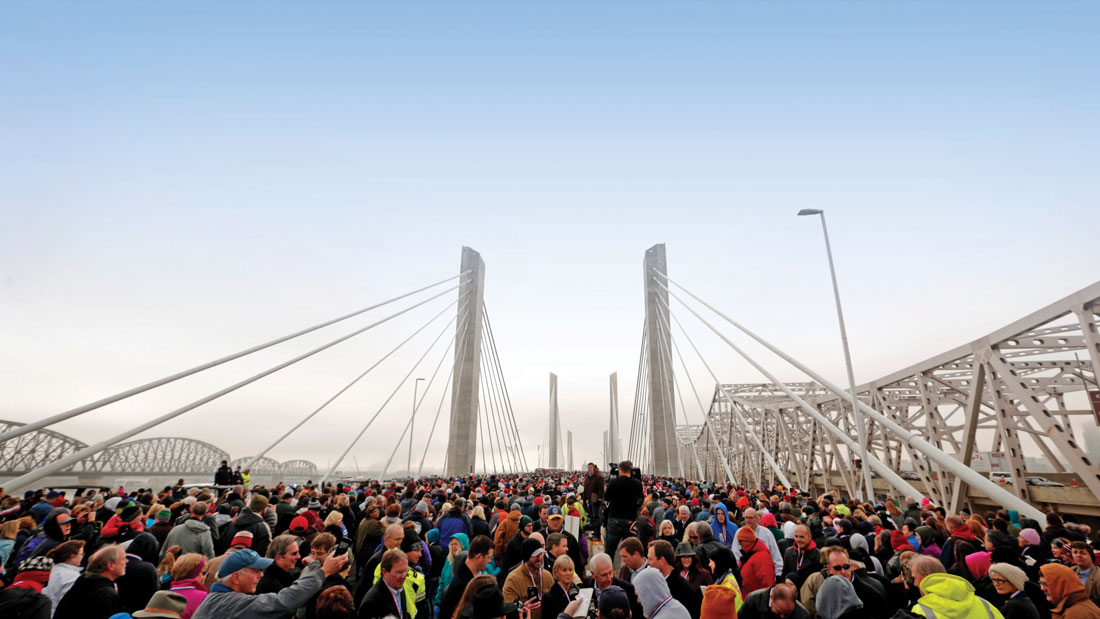